About the Camden Conference

The Camden Conference is a renowned global citizens' forum and one the largest of its kind in the U.S. Now in its 33rd year, the Conference offers an opportunity to learn from and engage with leading experts on issues that affect our lives and our world. The Conference takes place live at the Camden Opera House in Camden, ME, and the organization oversees several livestream venues in Maine. The Osher venue is the Conference's only independently managed, out-of-state venue.

No country in the world has been immune to the 21st century media revolution. A time when three networks and a daily newspaper presented Americans with similar stories and commentary is behind us. Today's user of a personal cell phone and the Internet has immediate access to thousands of information sources from around the world. An individual also has the unprecedented power to share information that may or may not be true with millions.

Once hailed as a tool that would bring people and nations closer together, the Internet has also had the opposite effect, segmenting users into interest groups. Relying on vast quantities of data, social media sites such as Facebook, Twitter, YouTube, and Google "microtarget" specific demographic and cultural groups. Many observers of this media free-for-all see it as a threat to democratic institutions and individual rights, privacy and security.

Individuals or governments that want to disrupt their own societies or others exploit the freedom of media to set one group against another or to sway an election. Some websites appeal to emotions, including fear.

Join us to learn how technology is shaping the flow of information and how it is used. Where do people in most countries get their news and other information? Will traditional media survive, and in what form? How are visual images especially effective in shaping our understanding of political and social issues?

How can journalists and the public discern what is misinformation, disinformation, or malicious distortion? How are hostile countries such as Russia weaponizing media to influence politics and elections?

When repressive governments or special interests target journalists, how can journalists operate? What role are social media playing in political movements around the world?

Who should bear responsibility for media content? Is regulation of the media – especially of social media – a good idea?

David Brancaccio (Moderator) is host and senior editor of American Public Media's Marketplace Morning Report, the business program with the largest audience in any medium.

Nicco Mele (Keynote Speaker) is on the faculty at the Shorenstein Center on Media, Politics, and Public Policy at the Harvard Kennedy School and is the faculty co-chair of the Harvard Council on the Responsible Use of Artificial Intelligence.

Lydia Cacho Ribeiro is a journalist, writer, social activist, human rights advocate and a Goodwill Ambassador for the United Nations Agency against Drugs and Crime. Described by Amnesty International as "perhaps Mexico's most famous investigative journalist and women's rights advocate", Cacho's reporting focuses on violence against and sexual abuse of women and children.

Can Dündar has been working as a journalist for the last 40 years, for newspapers, magazines and TV companies. He produced many TV documentaries, focusing particularly on modern Turkish history and biographies. He has been an anchorman for several news channels.

Jeff Jarvis is a national leader in the development of online news, blogging, the investigation of new business models for news, and the teaching of entrepreneurial journalism. He writes an influential media blog, Buzzmachine.com.

Indira Lakshmanan is executive editor at the non-profit Pulitzer Center, which supports in-depth global reporting in U.S. media. She herself has reported from 80 countries on six continents for leading U.S. newspapers, radio, television and a wire service.

James Nachtwey has been a contract photographer with Time Magazine since 1984. He was associated with Black Star from 1980 – 1985 and was a member of Magnum from 1986 until 2001. In 2001, he became one of the founding members of the photo agency, VII.

Nic Newman is a journalist and digital strategist who played a key role in shaping the BBC's internet services over more than a decade.

Claire Wardle is a leading expert on social media, user generated content, and verification. Her research sits at the increasingly visible and critical intersection of technology, communications theory, and mass and social media. 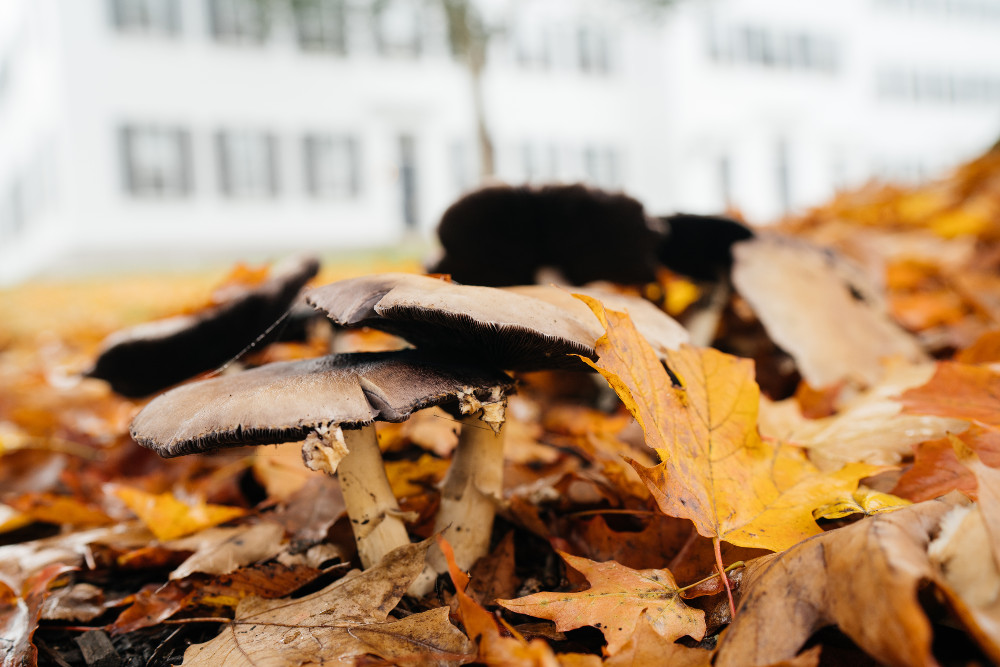