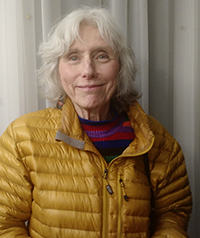 After a year at University of California at Berkeley, Judith Edwards headed for New York, starting out in life as an actress and singer, graduating from The Neighborhood Playhouse School of Theater in New York. She received an M.A. in English and Creative Writing from City University of New York, and taught and directed at Hofstra, Florida International University, Johnson State College, and the Emma Willard School. Several of her own plays were performed in Miami, New York City, and Vermont. The Vermont Council on the Arts sponsored two seasons of "Imagination Players", a touring theater group with original plays for children in the 1970's. She has published 15 books for children and adults and worked as a theater critic and writer of many articles in magazines and newspapers, as well as scholarly reviews. "Late in Life" she added an MSW in social work from CUNY, and still practices psychotherapy (You learn to listen to people as an actress and teacher more than in social work classes!).

Course Title: The Civilian Conservation Corps: Why Knowledge of That Great Humanitarian Effort Has Relevance for Our Divided Society (Spring Term 2018)

"This was a great course -- the combination of class conversations led by the Study Leader and the choice of videos made this course fun and very informative."

"Judy Edwards is a great teacher for literature and plays"

"The leader was good at eliciting discussion."